Rate based SNNs generated by ANN-SNN conversion methods require long runtimes to achieve high accuracy because the rate-based approximation of the ReLU activation unit breaks down for short runtimes.

The underlying principle for ANN-SNN conversion is that the ReLU activation function (or similar form) approximates the firing rate of an LIF spiking neuron. Consequently, an ANN trained with ReLU activation can be mapped to an equivalent SNN with proper scaling of weights and thresholds. However, as the number of time-steps reduces, the alignment between ReLU activation and LIF spiking rate falls apart mainly due to the following two reasons (especially, for discrete-in-time models like Loihi’s CUBA LIF):

In Bootstrap training. An SNN is used to jumpstart an equivalent ANN model which is then used to accelerate SNN training. There is no restriction on the type of spiking neuron or it’s reset behavior. It consists of following steps: 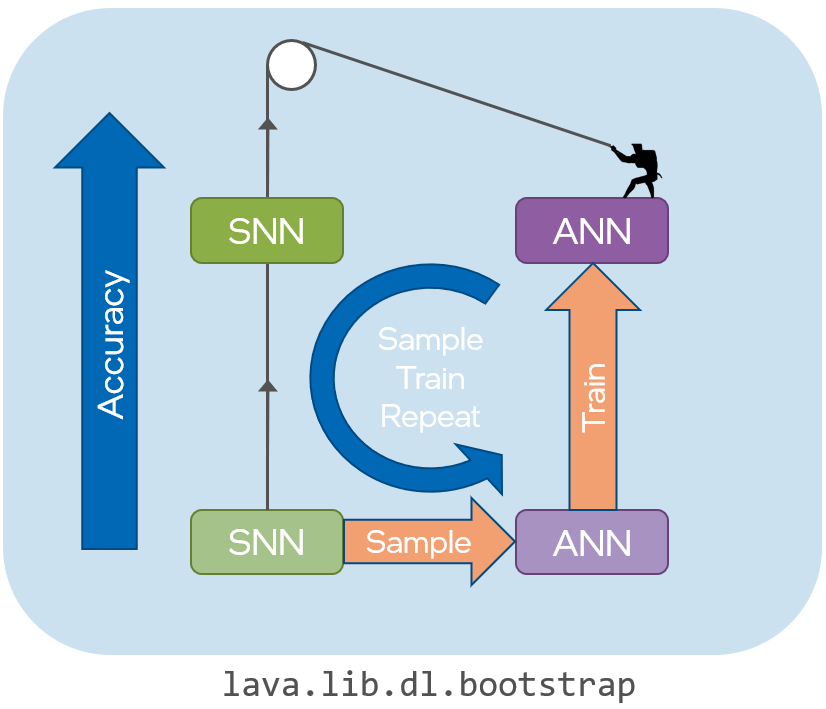 The dynamic estimation of ANN activation function may still not be enough to reduce the gap between SNN and it’s equivalent ANN, especially when the inference timesteps are low and the networks grow deep. In such a scenario, one can look at a hybrid approach of directly training a part of the network as SNN layers/blocks while acclearating the rest of the layers/blocks with bootstrap training.

With bootstrap.block interface, some of the layers in the network can be run in SNN and rest in ANN. We define a crossover layer which splits layers earlier than it to always SNN and rest to ANN-SNN bootstrap mode. 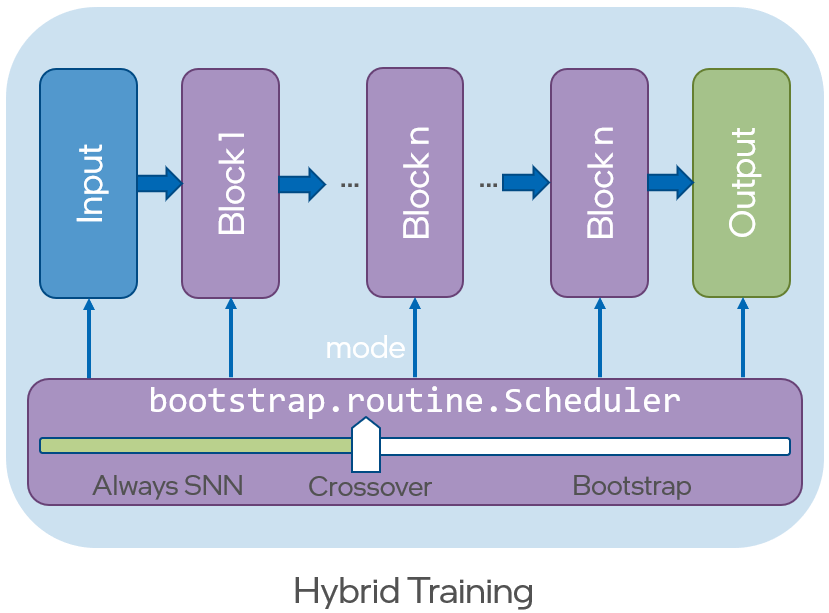 The main modules are