The goal of this tutorial is to show how to enable remote memory access between processes using Lava RefPorts. In previous tutorials you have been introduced to Processes which define behavior and ProcessModels which implement the behavior for specific compute resources, e.g., CPU or Loihi Neurocores.

In general, processes have only access to its own state and communicate with the enviornment only through messages using ports. Lava also allows certain processes (e.g. those on CPUs) to perform remote memory access of internal states on other processes. Remote memory access between processes is potentially unsafe and should be used with care, but can be very useful in defined cases. One such case would be accessing (read/write) a Var of a Process on a Loihi NeuroCore from another Process on the embedded CPU.

In Lava, even remote memory access between Processes is realized via message-passing to remain true to the overall event-based message passing concept. The read/write is implemented via channels and message passing between processes and the remote process modifies its memory itself based on instructions from another process. However, as a convenience feature, RefPorts and VarPorts syntactically simplify the act of interacting with remote Vars.

Thus, RefPorts allow in Lava one Process to access the internal Vars of another Process. RefPorts give access to other Vars as if it was an internal Var.

In this tutorial, we will create minimal Processes and ProcessModels to demonstrate reading and writing of Vars using RefPorts and VarPorts. Furthermore, we will explain the possibilities to connect RefPorts with VarPorts and Vars as well as the difference of explicitly and implicitly created VarPorts.

This time the RefPort ref is connected to the explicitly defined VarPort var_port. The output is the same as before. 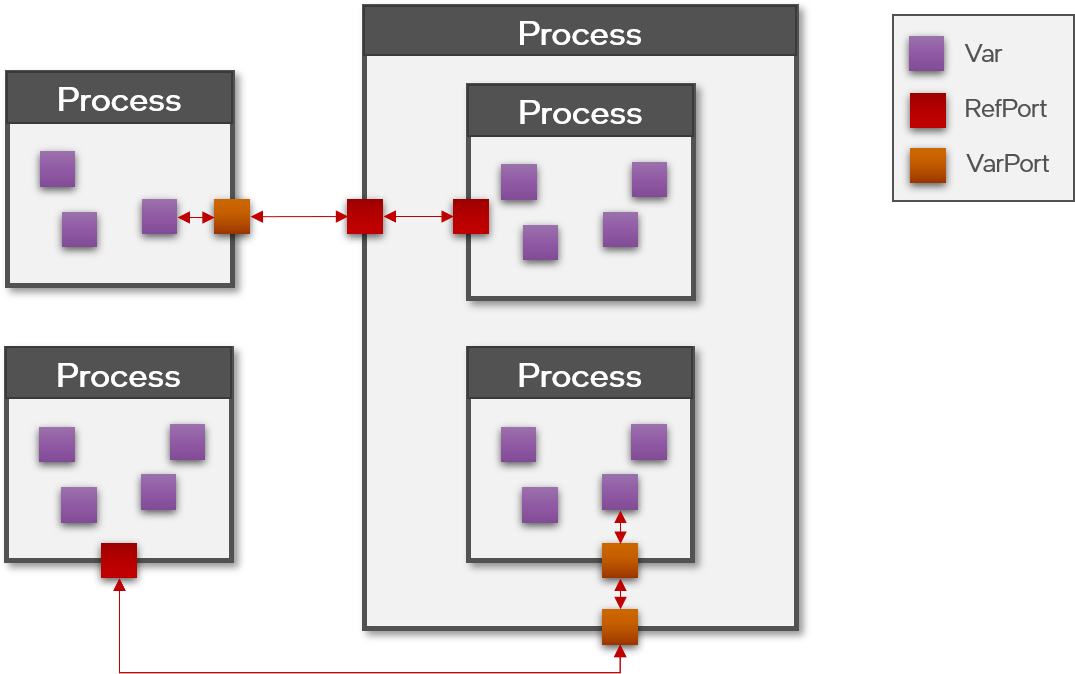 If you want to find out more about Remote Memory Access, have a look at the Lava documentation or dive into the source code.