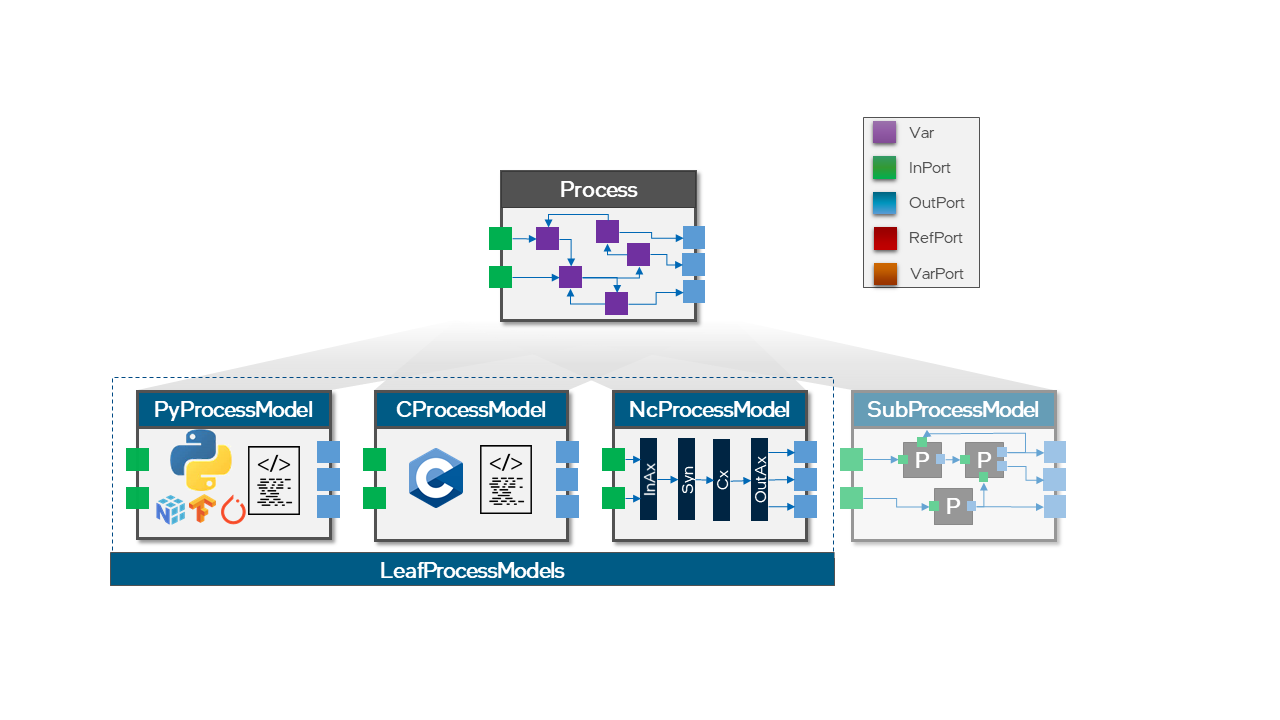 In this tutorial, we walk through the creation of multiple LeafProcessModels that could be used to implement the behavior of a Leaky Integrate-and-Fire (LIF) neuron Process.

First, we will define our LIF Process exactly as it is defined in the Magma core library of Lava. (For more information on defining Lava Processes, see the previous tutorial.) Here the LIF neural Process accepts activity from synaptic inputs via InPort a_in and outputs spiking activity via OutPort s_out.

Create a Python LeafProcessModel that implements the LIF Process

Now, we will create a Python ProcessModel, or PyProcessModel, that runs on a CPU compute resource and implements the LIF Process behavior.

We begin by importing the required Lava classes. First, we setup our compute resources (CPU) and our SyncProtocol. A SyncProtocol defines how and when parallel Processes synchronize. Here we use the LoihiProtoicol which defines the synchronization phases required for execution on the Loihi chip, but users may also specify a completely asynchronous protocol or define a custom SyncProtocol. The decorators imported will be necessary to specify the resource Requirements and SyncProtocol of our ProcessModel.

We now define a LeafProcessModel PyLifModel that implements the behavior of the LIF Process.

We then fill in the run_spk() method to execute the LIF neural dynamics. run_spk() is a method specific to LeafProcessModels of type PyLoihiProcessModel that executes user-defined neuron dynamics with correct handling of all phases our LoihiProtocol SyncProtocol. In this example, run_spike will accept activity from synaptic inputs via PyInPort a_in, and, after integrating current and voltage according to current-based (CUBA) dynamics, output spiking activity via PyOutPort s_out. recv() and send() are the methods that support the channel based communication of the inputs and outputs to our ProcessModel. For more detailed information about Ports and channel-based communication, see the Connection Tutorial. 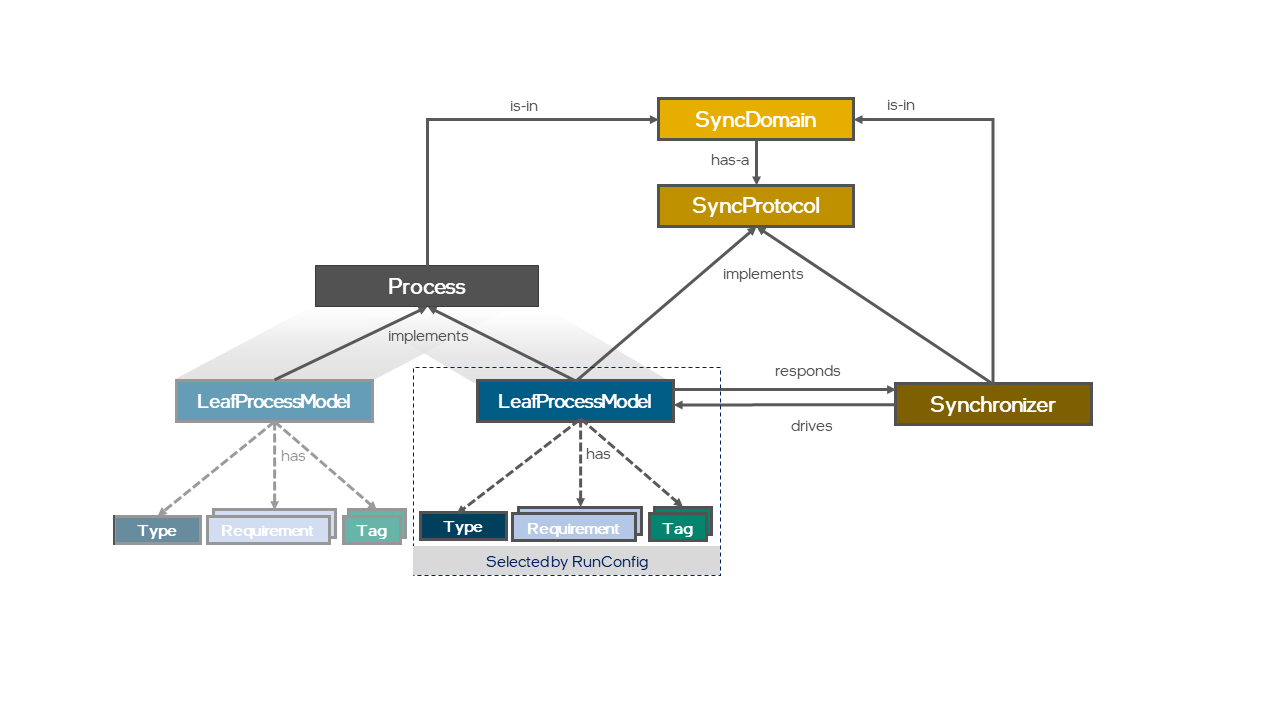 Learn how to execute single Processes and networks of Processes in the next tutorial.

If you want to find out more about ProcessModels, have a look at the Lava documentation or dive into the source code.